Get involved as a sponsor

Get involved as a sponsor

After more than 26 years, the AIDS charity event will be held for the last time this year

Vienna. Under the slogan “United in Diversity” (“Vereint in Vielfalt”), Gery Keszler is bringing the annual event to a conclusion with the 26th Life Ball on 8 Jun 2019: “They were incredible, fantastic and intense years. We achieved more than we ever dared hope. I am so eternally grateful. It is now time to bring this project to a fitting conclusion,” says Life Ball founder and organiser Gery Keszler. According to Keszler, the LIFE+ association, which was responsible for arranging the ball each year, will continue its work. “We will continue to take a passionate stand against stigma and exclusion and fly the flag.” After 26 years, the Life Ball’s balance sheet shows almost €30 million in donations for national and international AIDS charity projects.

Recalling the beginnings of the Life Ball, Keszler above all thanks the City of Vienna and the then Mayor of Vienna, Helmut Zilk. Directly addressing the mayor, who died in 2008, Keszler said: “It was your strength and imagination that gave us the courage to tackle this project. You were an untiring ambassador for an open and tolerant Vienna, and the Life Ball is a globally visible beacon of this.

Now, more than 26 years later, it is time to break new ground. Keszler: “The underlying conditions and circumstances have changed greatly over the last few years. We have achieved a lot in the fight against AIDS. AIDS has changed from a death sentence to being a chronic disease. The paradox of this success is that the number of allies for AIDS charity projects is decreasing both at home and abroad.”

As a consequence of this, it has recently become increasingly difficult to secure sponsors and donors for the ball. Keszler: “Awareness is simply different nowadays. We are now also taking this into account.” However, there are still great challenges out there – especially in Africa: “With the net profit of the 26th Life Ball, we will devote our energy to those regions where the problem is still acute and where we can save lives. In Austria, excellent work is being done by organisations and the public sector. People with therefore understand our decision to focus our support on international projects this year.”

Numerous international personalities in the fight against HIV/AIDS will support probably the most emotional Life Ball in history on 8 June, including Hollywood star and amfAR ambassador Katie Holmes, Golden Globe winner and Oscar® nominee Keala Settle, and burlesque artist Dita Von Teese. Andy Warhol muse Dianne Brill and Conchita will host the finale. After almost 20 years, Missoni will once again present the fashion show on City Hall Square – at the personal request of Gery Keszler, given the strong commitment of the famous fashion dynasty. The Life Ball team is expecting increased interest from their loyal community for this final act and has therefore announced that an additional contingent of tickets will go on sale from Monday, 13 May.

As the largest private donor to domestic organisations, LIFE+ is the world’s 16th most important fundraiser for HIV/AIDS : In the past 27 years, the private funding organisation LIFE+ has been able to generate almost €30 million through the Life Ball for 170 AIDS aid projects in Austria and abroad. The ball has also been an economic success story for the City of Vienna: According to an IHS study, the ball generated gross value added of €106 million for Vienna and paid around €28 million in taxes and social insurance in the last 10 years alone. These effects were offset by annual support from the City of Vienna in the amount of around €800,000.

“United in Diversity.
Walking on the yellow brick road towards an end to AIDS.”

On the occasion of the 50th year anniversary of Stonewall, Life Ball was held during EuroPride.

Life Ball, organized by the association LIFE+, celebrated its 25th anniversary in 2018. The event was founded by Gery Keszler and Torgom Petrosian in 1993 and takes place at Vienna’s City Hall every year since. Life Ball has become one of the world’s most important AIDS charity events. The seven-digit proceeds of the event benefit global aid projects, that are being donated every year in collaboration with international partner organizations.

An unsurpassed number of international celebrities from high fashion, entertainment and politics are supporting the event tirelessly every year to raise awareness for the cause. The City of Vienna also contributes significantly to the success of Life Ball. Providing Vienna’s City Hall as venue for this event clearly shows this city’s cosmopolitanism, tolerance, and social responsibility.

The message is loud and clear: Together we can end AIDS!

U equals U campaign

The fight against HIV is a year-round job. The goal of the 2019 campaign is to educate people about how an HIV-positive person who undergoes appropriate treatment can achieve viral suppression and thus no longer pass the HIV virus on to others. LIFE+'s fundamental concern is to use the campaigns after the Life Ball to draw attention to the dangers of HIV/AIDS. National and international stars were photographed and therefore plead for HIV tests, prevention, early detection and drug treatment.

Prior to the Life Ball Opening Ceremony, LIFE+, the association behind Life Ball, is hosting a prestigious gala banquet at Vienna City Hall – the LIFE+ SOLIDARITY GALA. It is is an important centerpiece for Life Ball in raising awareness for the progress made, as well as provide an opportunity for politicians, heads of corporations and NGOs, celebrities, artists, and other VIPs to meet and discuss their work in the fight against AIDS on a more personal, in-depth level. 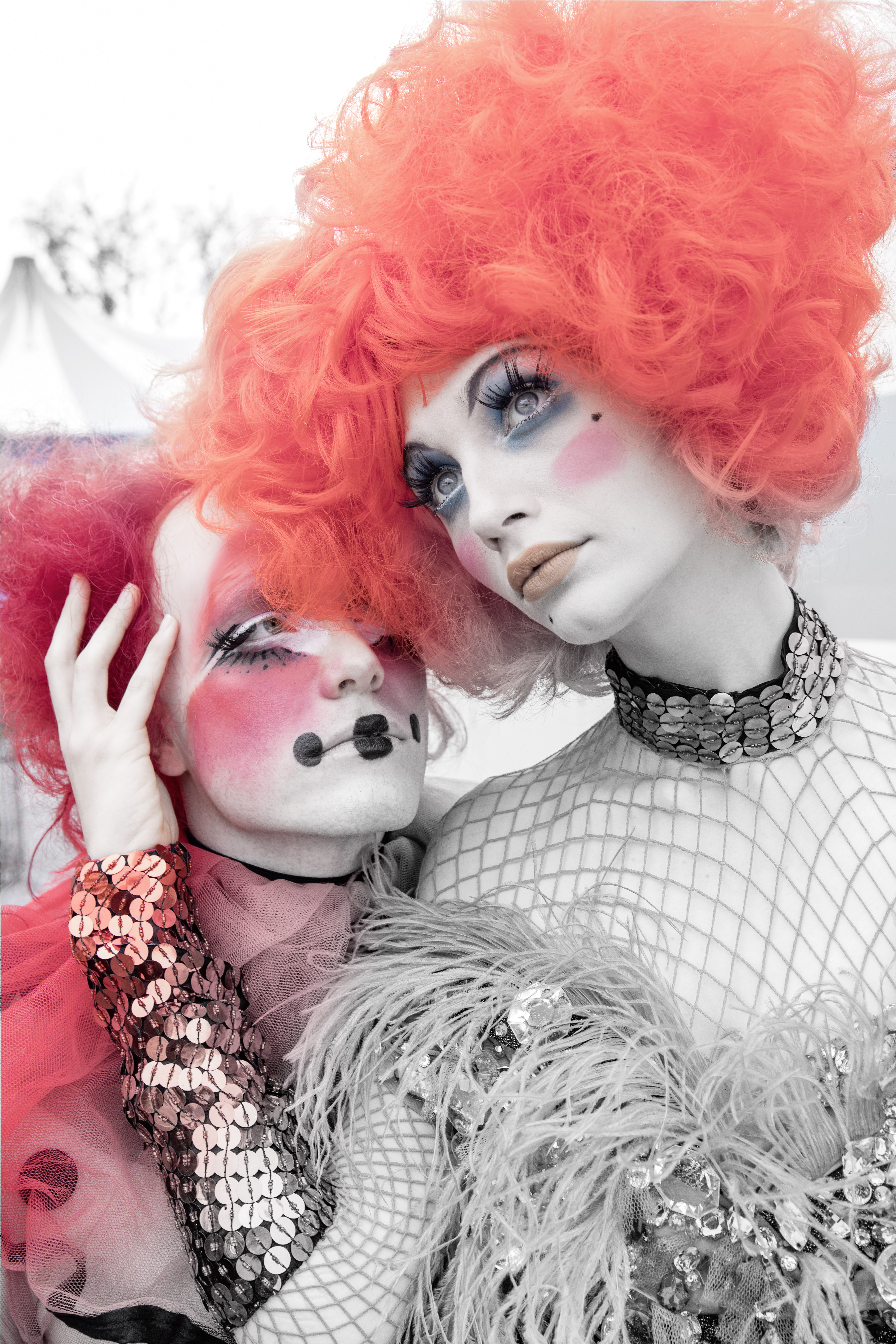 It is of central importance for Life Ball to increase the diversity of society and to make it visible as a strength of it, as well as to enhance tolerance for varied ways of life and love. Flamboyant outfits and creative stylings under the sign of the Red Ribbon and solidarity make an important visual statement for this, which is spread all over the world via the media and makes the Life Ball a unique event.

LIFE+ considers itself responsible to continuously promotes awareness and public consciousness about the AIDS epidemic. Through Life Ball and our additional, yearly activities, LIFE+ works to raise funds to help those impacted by and living with HIV/AIDS and reduce stigma and discrimination.

SIGN UP FOR OUR NEWSLETTER AND BE THE FIRST TO KNOW ABOUT OUR LATEST ACTIVITIES.

... in the fight against HIV/AIDS

The Life Ball works with great business partners year after year. Only their generous support in the form of monetary and material donations makes this great event possible.